The Google Play Store and App Store are always filled with fun and addictive Mobile Game for anyone. Today, gaming on mobile not only helps you to reduce stress, fatigue after stressful study & work but also gives you the opportunity to make friends with new friends on the online community. In the previous article, we have compiled a list of the top 20 best and most popular mobile games today that you should try out in 2020.

PUBG Mobile has become a very good and popular Mobile Game title in more than 100 countries around the world. When the PUBG PC version released, it introduced a new type of battle royale game where all players would land on an unknown island and fight with each other to become human. last survived.
The maps in the PUBG Mobile version are similar to those on PC, even the map names are locked. This game was designed and developed by Lightspeed & Quantum Studio, an internal division of Tencent Games.

Minecraft: Pocket Edition is a mobile version of the legendary Minecraft PC game. It is supported on all mobile phones and tablets using Android and iOS platforms. The gameplay of this game is similar to the PC version, and players also have different game modes. For example, in Creative mode and they will have all the resources, or when choosing Survival mode, they will have nothing and have to search for all the resources from the beginning.

Survival mode is the most challenging mode; if you are caught by spiders, vines, or zombies you will lose all resources and start everything over.

Minecraft has a huge community of gamers since the PC version was first released in 2009. And its Mobile version will be a pretty cool and interesting game that you should try right in 2020.

For the past decade or so, one of the best and most popular PC titles has been League of Legends.
However, in 2020, this game is gradually entering the Mobile game market when it announces the release of the League of Legends Wild Rift version. This game is very much awaited by League of Legends game fans and is the brightest candidate for the title of Best Top Game Mobile this year.

The gameplay is similar to the PC version. Team players will work together to win by destroying the opposition Nexus fortress. In addition to being supported on two popular platforms, Android and iOS, this game is also available on PS4 and Xbox One.

The best part of Fortnite Mobile is that it is compatible with many different platforms and supports users to play on their PC, tablet, or mobile phone. The game will be harder to control when you play on a mobile device instead of a computer, but basically, it is still the most popular game today.

With the popular Battle Royale gameplay for many years, this will be a game that you should try. In addition to survival by picking up guns and bullets, we can also build walls and ladders to move to a higher position. This is a game loved by many players because of the variety in gameplay, not just shooting and hiding.

This game has brought a breath of fresh air to the mobile gaming community when it was first launched on July 6, 2016. Although its popularity has decreased slightly at the moment, it’s still a free Mobile Game that you need to try. Players can explore the real world around them and can both hunt down different varieties of Pokemon. This is a game that can help you have a very interesting gaming experience.

Hearthstone is one of the largest card-based strategy games available today for mobile devices. Along with the use of characters from the World of Warcraft series, this game requires a deep strategy so that you can win against other players. If you love strategy fighting games, then this is one of the best Mobile Game 2020 that you should try.

A game released for Anime fans, Genshin Impact developed by miHoYo will be released in 2020.
This is a game comparable to Legend of Zelda in terms of graphics and gameplay, you can freely explore the open-world map and complete assigned missions to unlock characters. new.
In addition to being released on Android and iOS operating systems, the game is also available on PS4 and Windows platforms.

The Asphalt brand is one of the classic racing games for mobile devices. And Asphalt 8: Airborne & Asphalt Xtreme are versions that have received pretty good reviews from all players around the world. Following that success, Asphalt 9: Legends has continued to be launched in July 2018 and is the latest version of this legendary racing game.

Call of Duty: Mobile is also a good and new Mobile Game title on this list. This game also includes the classic mode like any other Call of Duty version. However, it does have an additional 100-player Battle Royale mode similar to PUBG Mobile and Fortnite. That makes it a worthy competitor to compete for the hottest Mobile Game title of 2020.

Vainglory is the best MOBA game available on Android and iOS. It boasts a well-optimized, stable connection and completely free game. You can team up with other players on the same team against other teams just like you’ve seen in the PC MOBA titles. The game has a decent graphical interface, with more than 25 characters unlocked and the option to play the game. In addition, this game also has a game mode with the machine to let you practice your skills before entering a real battle with your friends.

Temple Run is one of the most popular mobile-first mobility games, and almost every Mobile gamer has heard of its name.
How to play is very simple: You just need to control your character avoiding all the obstacles on the way to be able to escape from the cursed idol. The ultimate goal of the game is: How far can you run?

Some players have said that the game mimics League of Legends (though it is!). But this is really a very good game that you can play with your friends.

Description of gameplay: You will form a team of 5 players with your friends in a MOBA 5V5 match against other teams of players. Choose the right characters to coordinate with your friends to create spectacular combat.

Becoming a ninja is a very popular dream, and you can make it happen where your enemies are made up of different fruits.

Description of gameplay: A lot of fruits will appear in turn on the screen and you will show your skill in slicing fruit. However, you have to be careful to avoid cutting the bombs by mistake and the game will be over.

This is a game to build resources to fight the invasion of the classic Zombie legion that has been around for a long time on computers and laptops.

In this game, you will be “greeted” and defeat the hilarious Zombie legions from dawn tonight. Your mission is to build an army of amazing plants and fight the onslaught of the zombie legion with the ultimate goal of protecting your brain.

Another street racing game is quite popular with many players around the world. In this game, you will help Jake, Tricky & Fresh escape from the pursuit of the fastidious Inspector and his dog. Along the way, try to collect a lot of resources to get the highest score possible.

Using birds to destroy buildings is endless joy in this game. It is undoubtedly one of the most popular mobile games ever.

Story description: Angry Birds kidnapped to the magical city of Rio de Janeiro. After escaping, they must return to save their friends Blu and Jewel – Two rare macaws and the star of the hit movie, Rio and Rio 2.

This is a classic puzzle game by moving the candies with an extremely eye-catching graphic style. This is an extremely popular Mobile game and is loved by many players around the world.

This is a pretty good Mobile Game genre. MMORPG is also quite popular on mobile, where each player will have an entire city to build and fight with other players.

How to play: Join millions of players around the world and you’ll build your village, build guilds, and compete with other players in epic Guild battles.

The game was derived from an advertisement by Metro Trains Melbourne, and it became so popular that they had to create a game based on that content.

Until now, we still do not understand why this game is called FIFA Soccer, but it is still the best football game on mobile.

Experience the gameplay, a completely new graphic style, upgraded from Season 3 of FIFA Mobile. It is the world’s most loved game on mobile platforms. Plus, it also has competition from live events like the UEFA Champions League and UEFA Europa League.

Build your ultimate team of players and play against other players to become the champion right away.
Above are the 20 best Mobile games of 2020 that you should try now. If you would like to suggest any other games to be added to the list above, please leave us a message in the comments below. 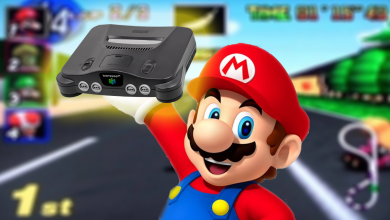 How to Play Nintendo 64 Games on Windows PC? 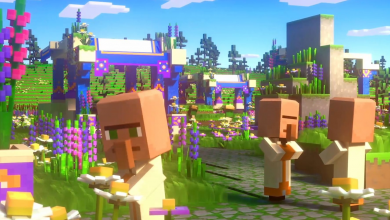 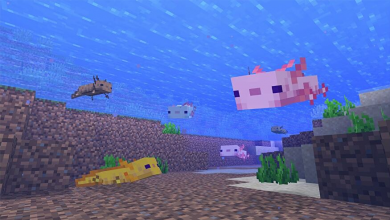 What Is the Purpose Of Axolotls Minecraft? 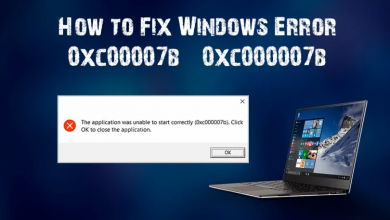